Today, we begin counting down the 16 participants. 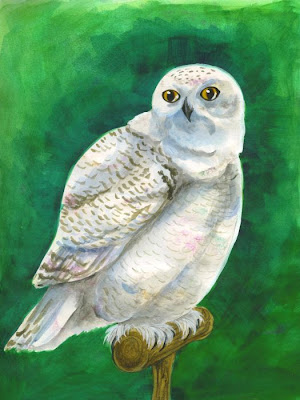 A gift to Harry on his eleventh birthday, Hedwig provided Harry with message and package carriage and loyal companionship. Hedwig could deliver letters even though there was no specific address given, and she hunted mice, frogs and rats. It is implied that Hedwig can fully understand Harry, and to some extent vice versa. (Wikipedia) 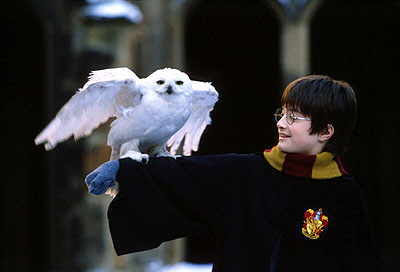 Though Hedwig’s talents are simple, she is the very definition of a familiar: magical, loyal, and always on Harry’s shoulder. She was the animal companion to one of the greatest wizards in popular culture history, never failing to dutifully assist Harry no matter how dire or dangerous his task.

What do you think of Hedwig as a familiar? Would Harry have been the same wizard without her? Where do you rank Hedwig in the great pantheon of magical animal companions?

Tomorrow: We visit Middle Earth and meet the lord of all horses.
Posted by Adam and Andrew at 7:44 AM