14. Mister - the tailless cat of Harry Dresden, a wizard who works as a private investigator 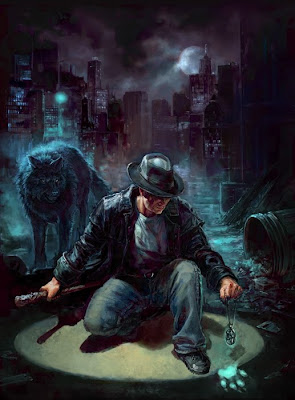 Mister is an exceptionally large gray tomcat - about thirty pounds all in all - who lives with Harry. He was rescued by Harry after a dog (or car) had torn off his tail; he hates both. He comes and goes as he likes from Harry's apartment, but has clear affection for his rescuer. Dresden notes that Mister is the only being that he has encountered which, when viewed with Wizard's Sight, appears exactly as it does when viewed normally.

Only two more familiars will be joining the Madness! Is there anyone you've been waiting to see?

Tomorrow: Superheroes have familiars, too. Find out who.
Posted by Adam and Andrew at 8:27 AM