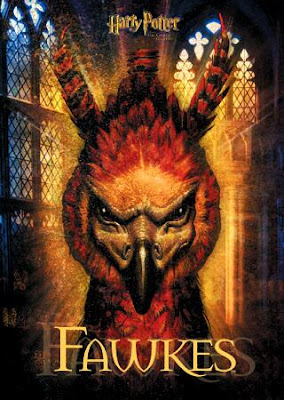 “Fawkes lived with Dumbledore at Hogwarts Castle for a large part of his life. Being a phoenix, Fawkes periodically dies by bursting into flames and is then reborn from the ashes. Fawkes also possesses several other remarkable powers; his healing tears, his ability to carry heavy weight with remarkable grace and strength, and also can teleport at will.” (Wiki) 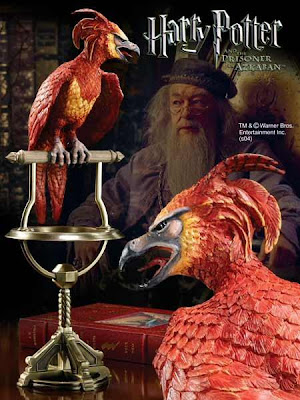 Immortality, healing abilities, teleportation. Not to mention that his tailfeather was the magic ingredient in Harry Potter’s wand. Uh-oh. Looks like we might have saved the best familiar for last.

Monday: Half the First Round match-ups are announced! Be sure to tune back in after the weekend.
Posted by Adam and Andrew at 9:39 AM